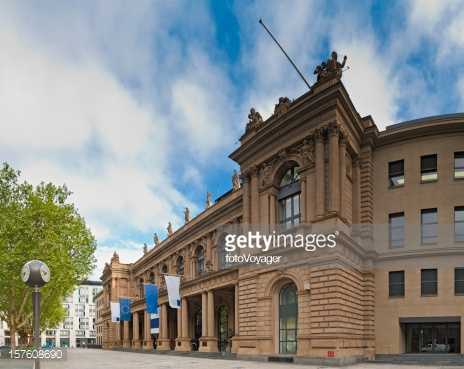 Omnichain CEO speaks to Inbound Logistics about blockchain use cases in the supply chain, including for reverse logistics and product authentication.
Please log in to like,wonder,share and comment !

Love is in the Chain: Could Blockchain be the Solution to People's Dating Woes?

Dating is a battleground filled with deception and infidelity, some say, and this is true. The modern dating world is a molten cauldron that simmers with outright treachery, barely concealed adultery, and conveniently fabricated half-truths. In the Tinder era, he or she who lies the best is king.

The world is a lonely place, and it is getting lonelier. Finding a partner–the right partner, at least, if there is such a thing in today's ultra-hypergamous environment has become a quasi Herculean task.

Female hypergamy aside, one of the main issues pervading today's dating scene is trust, or rather, lack thereof. 'Traditional' dating has long since been replaced with its illegitimate cousin, online dating. Finding love online is akin to playing a gigantic game of Who's who, where no one is who they seem, and nobody looks as though they seem. This Byzantine conundrum led to the rise of catfishing, for instance, and many other unpalatable practices that have turned dating into a wasteland of dashed hopes, unfulfilled desires, and wretched lies.

Trust, or trustless, that is the question

One can argue that a successful and lasting romantic and archetypal relationship is built on trust. Mutual trust, to be precise. Both partners need to know who the other person is if the relationship is to last longer than a few weeks.

But trust is precisely the one thing that online dating (and dating as a whole) so sorely lacks. People can never be sure who it is they are chatting to. All they know is that they are chatting to someone who has an attractive picture and/or profile. But who's to say that the person on the picture and the person behind the screen actually matches? There is a pervading sense of paranoia among lonely hearts, fuelled by fake profiles, professional con artists, and other malefactors roaming the internet, circling over vulnerable minds until the time is right to ensnare the victim in a web of lies and deceit.

The issue of restoring trust is, therefore, key to repairing the dating hall of mirrors.

Blockchain speaks the truth, and nothing but the truth

Blockchain is slowly becoming the 'Jack of All Trades' of the tech world. From a more or less niche beginning within the cradle of cryptocurrencies, blockchain is constantly broadening its sphere of influence.

There are very good reasons why this technology is going places. Its disruptive power is second to none: Banking, finance, supply chain, healthcare, and many other economic sectors are seeing its benefits. Society as a whole can become a better place to live and thrive, because of blockchain.

The technology is built on three solid principles: Decentralization, transparency, and immutability. Let's see how these three pillars could support a dating app built on the blockchain. Let's call our little experiment the Lovechain.

A new dating app built on blockchain technology is bound to receive a great deal of attention. It is a pioneering app, after all, built on relatively new technology. It's uncharted territory.

We are acutely aware of the problems that beset current dating apps: Fake profiles, data breaches, and so on. So we want to make sure we design Lovechain in such a way to either create an environment where these issues cannot arise.

Combining the three principles of blockchain into a single, cohesive, and secure dating platform, courtesy of the blockchain

A traditional dating app is like a double-blinded clinical trial. Neither party is aware of the identity of the other, and nobody has any visibility as to who anyone really is. People can simply hide behind a wall of anonymity from which they can operate in impunity. The issue of digital identity comes into play here.

Identity is a purely human concept, inherent to us all since the moment of birth. Identity, unlike riches or happiness, is a birthright. We are unique beings, but for the briefest of times. Once we become active members of society, our identities begin to dilute in a quagmire of societal complexities.

The identity issue is a complex one, more so in terms of online dating, as faking an identity to remain anonymous is relatively easy to do, and even encouraged in certain corners of the dating world.

Blockchain can resolve this issue through a combination of face recognition software, machine learning, and even voice recognition. And furthermore, this data would not be locally stored anywhere. Instead, it would be distributed in a decentralized environment, much less susceptible to manipulation and hacking. This combines the principles of decentralization, transparency, and immutability, in one single masterstroke.

Creating secure and veracious profiles is one thing, but how about those times whe

最终的游戏将使中国成为世界上最干净的市场之一。虽然这是一个很大的预测，但基础已经存在。鉴于中国在经济上征服世界只用了30年，在未来20年内能够清理市场绝对是可能的，中国政府雄心勃勃地推动与中国建立新的全球秩序。In this series, we asked speakers at the Milken Institute Asia Summit to make one prediction for where Asia is headed in the next 20 years. Join the conversation by writing your own article here and including #MIGlobal. Follow the Milken Institute to get updates from the Asia Summit.

The throngs of Asian tourists in the luxury boutiques on the streets of New York, Paris, Milan and London have been the norm in the past decade. As the target audience of the personal luxury goods market shifted to the wealthy globe-trotting Chinese, back in mainland China, those that cannot afford to do so are determined not to be left behind.

Counterfeit goods have been flooding the market to appease the Asian appetite of luxury goods, one that extends even to those who cannot afford it. Due to high import duties, consumption taxes as well as increasing rental and labour costs of operating stores, luxury goods are extremely expensive in mainland China. Measures to counteract counterfeit goods have been average at best, with intellectual property laws weakly enforced.

However, the tide is turning as the consciousness on such issues in consumer purchases is becoming amplified. The love of luxury by the Asians will not cease and so it is up to industry leaders to take steps towards a cleaner China. Global Chinese leader, the Alibaba Group has done that with founder Jack Ma long emphasising on Alibaba’s efforts to clean up fakes, recently even publicly appealing to the government to enforce harsher laws.

Chinese consumers who can travel prefer to buy luxury goods abroad rather than at home, for guaranteed authenticity and massive differences in prices.

In addition, due to the government’s clampdown on corruption as well as the economic growth slowing, luxury sales growth within China have declined for the past three years. This is slowly picking up once more but luxury brands are still trimming their stores network within China. There is a need to look for new opportunities in order to continuously tap into the Chinese market.

Major luxury group brands that have previously used China as a form of economic benefit when it comes to manufacturing cycles are clearly working towards building significant Chinese luxury goods. Luxury brands are no longer seeing China as a sweatshop and the factory of the world; rather, there is a future in home-grown Chinese luxury brands.

Along the same trend, Shang Xia, another strong player in the industry is backed by French luxury player Hermès, emulating the same successful model of the European and Chinese collaboration.

The Chinese government’s 12th five-year plan prominently advocated the nurturing of domestic Chinese brands that could compete on a global level and move up the value chain. At the end of the period, it was also revealed that China’s total e-commerce transactions have had tremendous growth, with 40% of the global e-commerce spend coming from China in 2015.

Peer-to-peer exchange such as money transfers as well as marketplace purchasing and lending has also been on the rise, largely enabled by cryptocurrency. 2016 saw that almost all Bitcoin trading was done in China and there has been an increase in the share of cryptocurrency that is traded via China’s mainland currency. The Yuan has overtaken the US Dollar as the dominant currency, driving a 120% surge of Bitcoin in 2016 for it to outperform every other currency in the world.

The Chinese government’s 13th five-year plan revealed a commitment for efforts to be directed towards promotion of new forms of consumption, improvement of product quality and ‘re-shoring’ of overseas consumption, making high-end consumption the champion of ‘new consumption’.

Instead of the Chinese becoming destination shoppers in Europe, purchasing will move back into China. E-commerce is slated to revive the luxury goods industry, creating new opportunities for companies.

With the uptrend in e-commerce, the time is now ripe to elevate the successful business model of the Chinese and Western world collaboration.

The LVMH-owned Tag Heuer brand has recently launched on Alibaba’s Tmall platform, signaling its openness to working with Alibaba in the luxury space. This could open the doors to more high-end brands joining in. This is not LVMH’s first foray into Tmall - Guerlain, Make Up for Ever, Sephora and Rimowa already have a presence on Tmall, but Tag Heuer is the first hard luxury brand in the LVMH portfolio to enter the platform.

This certainly bodes well in the drive for the ‘re-shoring’ of overseas luxury goods consumption in China.

As such, if China can successfully build their home-grown brands, the Chinese government is more than certain to move towards protecting the interest of their own brands. There will be stronger measures taken and legislation moves made towards a clean, ethical trade to ensure the future of home-grown brands and as a means to preserve their profits inside of China. The perception shift of authenticity of luxury goods in China is strongly needed, in order to maintain the level of price associated with all things luxurious.

The end-game will then see China becoming one of the cleanest markets in the world. While this is a big prediction to make, the foundations are already there. Given that China only took 30 years to economically conquer the world, being able to clean up their market in the next 20 years is definitely possible, with the Chinese government’s ambitious drive to create a new global order with China at the helm. 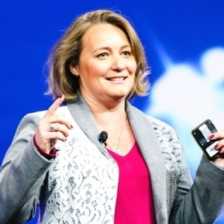