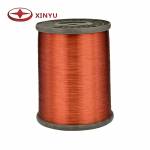 enameled aluminum strip can be classified according to its basic composition, conductive core and electrical insulation layer.

Aluminium core magnet wire is a magnet wire with aluminum as its core. Magnet wire (magnetwire) is used to make insulated wires for coils or windings in electrical products. Also called winding wire. Magnet wires must meet the requirements of a variety of applications and manufacturing processes. The former includes its shape, specifications, ability to operate at high temperatures for short and long periods of time, as well as acceptance of intense vibration and centrifugal force at high speeds in some occasions, resistance to corona and breakdown under high voltage, and resistance to special atmospheres. Chemical corrosion, etc.; the latter includes requirements for stretching, bending and abrasion during winding and embedding, as well as swelling and erosion during dipping and drying.  enameled aluminum strip can be classified according to its basic composition, conductive core and electrical insulation layer. Generally, it is divided into aluminum core enameled wire, aluminum core wound wire, aluminum core enameled wire and inorganic insulated wire according to the insulating material and production method used for the electrical insulation layer.  Aluminum core magnet wire enameled wire: coated with a corresponding lacquer solution on the outside of the conductor, and then made by solvent evaporation and the solidification of the paint film and cooling. The enameled wire can be divided into polyester enameled wire, polyesterimide enameled wire, polyamideimide enameled wire, polyimide enameled wire, polyesterimide/polyamideimide enameled wire, corona resistant enameled wire, and oiliness according to the insulating varnish used. Lacquer, acetal paint, polyester enameled wire, etc. Sometimes it is also classified according to the particularity of its use, such as self-adhesive enameled wire, refrigerant-resistant enameled wire, etc.   The earliest magnet wire enameled wire is oily enameled wire, made of tung oil. The paint film has poor abrasion resistance and cannot be directly used to make motor coils and windings. A cotton yarn wrapping layer is required during use. Later, polyvinyl formal enameled wire came out, and its mechanical function was greatly improved. It can be directly used in motor windings and is called high-strength enameled wire.   Following the development of the weak current technology, it has shown a self-adhesive enameled wire, which can obtain a coil with better integrity without dipping and baking. However, its mechanical strength is poor, and it can only be used in micro motors and small motors. In addition, in order to prevent the trouble of removing the paint film during soldering, direct soldering enameled wire has been developed. The paint film can drop by itself in the high-temperature tin enamel tank, so that the copper wire can be easily soldered.   Magnet wire wrapped wire: an important type of winding wire. The cotton yarn and silk used in the early stage are called yarn-covered wire and silk-covered wire, which were used in motors and electrical appliances. Because of the large insulation thickness and low heat resistance, most of them have been replaced by enameled wires. Now it is only used as a high-frequency winding wire. In the large and medium specifications of the winding wire, when the heat resistance level is higher and the mechanical strength is greater, the glass fiber covered wire is also used, and the appropriate adhesive paint is used in the production.  The paper-covered wire still occupies a proper position in the winding wire, and is mainly used in oil-immersed transformers. The oil-paper insulation formed at this time has excellent dielectric function, is low in price, and has a long life. In recent years, the more rapid development is the film wrapping wire, mainly polyester film and polyimide film wrapping wire. Recently, there is also a mica tape-coated polyesterimide film-coated rectangular copper wire used for wind power generation.   Inorganic insulated wire of enameled copper square wire: When the heat resistance level exceeds the limit of organic materials, inorganic insulating varnish is generally used. The existing inorganic insulated wires can be further divided into glass film wires, oxide film wires and ceramic wires. There are also combined wires, wire and cable mesh wires in my country, etc. 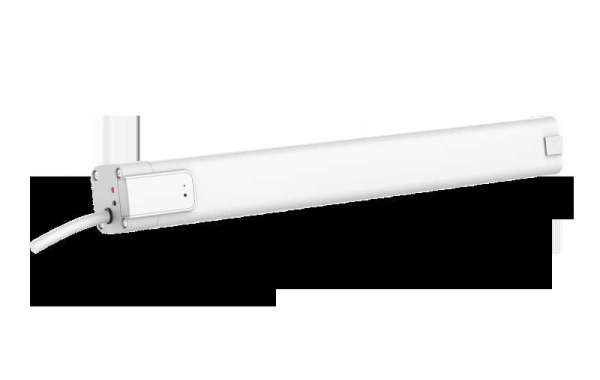 How to buy a smart curtain motor?

Rationalization Of The Production Of Open Rotary Screen Printer