China’s digital yuan, mostly focusing on retail transactions, also known as the digital currency electronic payment (DCEP) has been used in trials in some of the major cities in the country. Recently, a $1.5 million giveaway of the digital yuan was held in the city of Shenzhen, bordering the special administrative region of Hong Kong.
Hong Kong is considered as a global offshore renminbi business hub, therefore it would be an ideal destination for releasing trials of the digital yuan in the city.
The Asian financial hub, Hong Kong has researched the uses of a central bank digital currency since 2017, under a project named “Project LionRock.” According to the research from the Hong Kong Monetary Authority (HKMA), the city already had an efficient retail payment infrastructure, therefore the possibility of a CBDC would aim at the wholesale and cross-border payment level.
To take Project LionRock even further, the HKMA has partnered with the Bank of Thailand for a joint study looking into the trials of cross-border trade payments by banks.
In the official Legislative Council Q&A, Hui said:
“If the Digital Currency/Electronic Payment (DC/EP) being developed by the People's Bank of China (PBoC) can be applied to cross-boundary payment, it would further promote the mutual connectivity between the Mainland (including the Guangdong-Hong Kong-Macao Greater Bay Area) and Hong Kong. The Government and the HKMA will continue to maintain communication, and explore the possibility of collaboration with the PBoC.”
Hui added that the Financial Services Department Council has formed a working group to explore how Hong Kong can “seize the opportunities from DCEP’s development.” If the Chinese central bank, the PBoC would like to explore the uses of the digital yuan outside of Mainland China, including Hong Kong, the city’s government would respond and collaborate with the Mainland authorities to expand channels for a two-way flow of cross-border Renminbi funds.
It appears that the Chinese authorities have previously handpicked the Greater Bay Area, which Hong Kong is a part of, to test out the Chinese CBDC. Bai Hexiang, the President of the Guangzhou Branch of the PBoC said:
“Sharing economy platform companies and retail platform companies participate in the digital currency payment application pilot program, accelerate the opening of digital currency applications by public service departments, actively expand digital currency payment application scenarios, and promote the first application of digital currency in the Greater Bay Area.” Banking on Blockchain: FinTech and Digitalization Will Play a Significant Role for the Chinese Banking Industry

It was a timely and important move for the country to innovate capital replenishment tools for small to medium-sized banks. The Commodities Futures Trading Commission (CFTC) announced that its FinTech research wing, LabCFTC will be hosting a series of interactive virtual events during autumn 2020.

LabCFTC is an initiative under the General Counsel’s office in 2017 aimed at promoting FinTech innovation and competition. The office has been very active with over 400 different private meetings held with innovators in the last three years.
The series, Empower Innovation 2020, will facilitate dialogues amongst innovators, regulators, market participants, and the public around FinTech innovation. The series of virtual events will consist of a combination of fireside chats, digital roundtables, and tech talks from industry experts. Registration for the event will be open in August.
LabCFTC will also be announcing the winner of Project Streetlamp, the CFTC’s first science prize competition. The focus of Project Streetlamp is to challenge innovators to utilize artificial intelligence (AI) to help with a CFTC enforcement tool to identify foreign entities to add to its Registration Deficient List (RED List). The RED List is meant to identify foreign entities that act in a way that requires CFTC registration.
Due to the emergence of the coronavirus pandemic, a lot of LabCFTC’s priorities have been delayed, and the top priority across the Commission is to address the market and to help market participants during this time. The Empower Innovation 2020 series will be held as a series of virtual events due to COVID-19 and in lieu of the 2020 FinTech Forward conference.
CFTC Chairman Heath P. Tarbert said in a release shared with Blockchain.News:
“Encouraging innovation and enhancing the regulatory experience for market participants is essential to what we do at the CFTC. As our markets adapt in the wake of COVID-19, so too must we innovate and adapt. I am incredibly proud of the LabCFTC team for working through the challenges of assembling innovators and global regulators virtually to facilitate these conversations, and I look forward to participating in what I am sure will be engaging and informative events.”
In an exclusive interview with Blockchain.News, LabCFTC Director, and Chief Innovation Officer Melissa Netram said:
“I think the crisis showed us even more of how important financial innovation and technology is. If this happened 20 years ago we would not be able to continue our normal functions of the day, to work remotely."

Chinese President has previously announced the decision to develop the island of Hainan into a pilot free trade zone in April 2018. With this decision, Xi said that it shows the country’s determination to liberalization and globalization while welcoming global investors. You have poked Ankunding 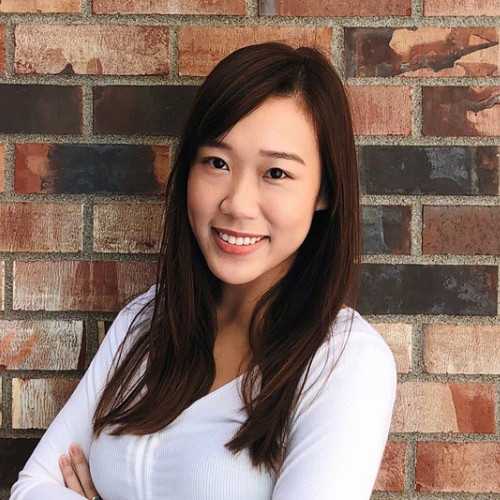